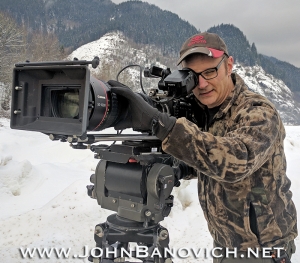 John Banovich is a true storyteller and devoted director, with a balanced blend of
creative and technical skill sets, he offers 25 years of industry experience on
feature films, television series and documentaries. Starting as an actor and
developing further as a cinematographer he has been encouraged and supported
to pursue his passion as a director.